Prelude: The March of the Magi Kings. Theodore Dubois (1837-1924) is a very strange piece. The French elite were in love with everything “Eastern”. Here is The Death of Sardanapalus (La Mort de Sardanapale) an oil painting on canvas by Eugène Delacroix, dated 1827. It currently hangs in the Musée du Louvre, Paris. A smaller replica, painted by Delacroix in 1844, is now in the Philadelphia Museum of Art. 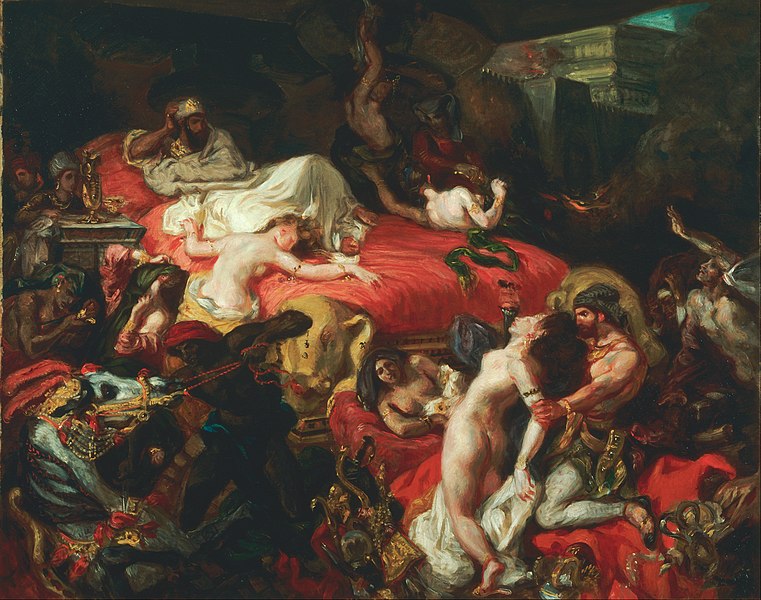 In music Maurice Emmanuel pursued a notable academic career. He wrote a treatise in 1895 on the music of Ancient Greece, and was appointed professor of the history of music at the Conservatoire in 1909. His students included Olivier Messiaen and Henri Dutilleux. Emmanuel’s interests included folksong, Oriental music, and exotic modes — his use of these modes in various of his works had appalled Delibes, who had vetoed his entering for the Prix de Rome. Other appointments included choirmaster at the church of Sainte-Clotilde from 1904 to 1907, assisted by Émile Poillot, during the tenure of organist Charles Tournemire.

The compositions of Emmanuel, seldom heard today even in France, include operas after Aeschylus (Prométhée enchaîné and Salamine) as well as symphonies and string quartets. Probably the creations of his most often performed now are his six sonatines for solo piano, which (like many of his other pieces) demonstrate his eclectic academic interests. The first of the sonatines draws on the music of Burgundy, while the second incorporates birdsong, the third uses a Burgundian folk tune in its finale, and the fourth is subtitled en divers modes hindous (“in various Hindu modes”).

There are many more examples and there are probably a number of books written on the subject. The French intellectuals were very interested in the “East – all the way to Japan.

The Exposition Universelle of 1889  was a world’s fair held in Paris, France, from 6 May to 31 October 1889. It was held during the year of the 100th anniversary of the storming of the Bastille, an event considered symbolic of the beginning of the French Revolution. The fair included a reconstruction of the Bastille and its surrounding neighborhood, but with the interior courtyard covered with a blue ceiling decorated with fleur-de-lys and used as a ball room and gathering place. The 1889 Exposition covered a total area of 0.96 km, including the Champ de Mars, the Trocadéro, the quai d’Orsay, a part of the Seine and the Invalides esplanade. It was at the Exposition, the French composer Claude Debussy first heard Javanese gamelan music, performed by an ensemble from Java. This influenced some of his later compositions. Here is the music:https://youtu.be/iKGcNieqAkI

So it is not too far fetched to think that Dubois was trying to create his own “Eastern” music. There is a high held note which represents the “star” a melody in the right hand with chords and the left hand plays a representation of the steps of the camels in their journey to Bethlehem. Dubois was playing a recital at La Madeleine and included the March on the program. The builder of the organ, Aristide Cavaillé-Coll, was in the audience and when he heard the “Star” he thought it was a stuck note and rushed up stairs to the loft to pull the pipe. Dubois was not amused. For him it was a very serious piece. Here is a link the the organ at La Madaleine https://youtu.be/4ZjsJgWyM8E Here is a link to a performance of the Dubois March https://youtu.be/TfQDywcIrM  Here is poster advertising the Expo.